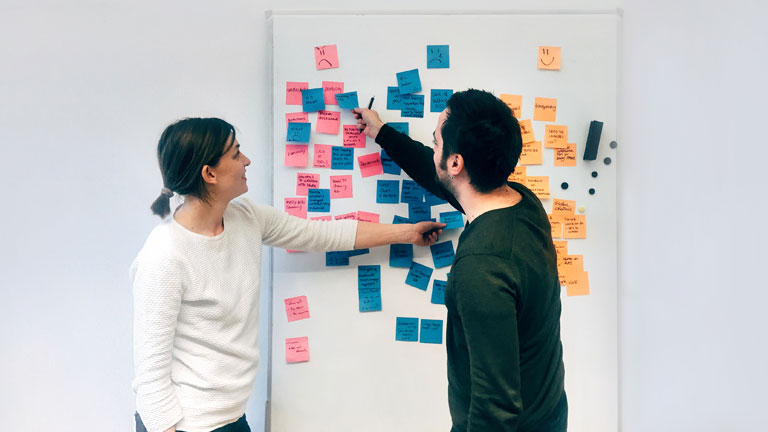 Equality policies: masculinities in the spotlight

The impact of gender equality policies might evolve more quickly and effectively if we could look beyond their binary focus, i.e. men vs women and women vs men.

This does not mean that the concept of gender – a concept effectively regarded as the origin of discrimination against women by disciplines such as anthropology, sociology and other behavioural sciences – should be avoided or denied.

It simply means that we should stop and think about the exclusionary and confrontational bias sometimes applied to certain appreciations or actions put forward in the realm of equality.

Polarity of any sort involves a blame culture and usually reiterates patterns that entail “victim vs perpetrator” framework. As a result, it is often not possible to move through the inherent depth of real situations.

In the foreword to her book You just don’t understand. Women and men in conversation, Deborah Tannen, Professor of linguistics at Georgetown, provides the first clue for starting this exploration. Any statement made by women during discussions about gender issues is regarded by some men as an accusation.

Almost as if we said, "You men!" and tarred them all with the same brush and triggered a feeling of depersonalisation or even libel that is not understood and therefore not agreed with and so regarded as unfair and which then generates a negative reaction.

As the author also says, despite the obvious dangers and frictions that arise when entering this discussion, it is worthwhile.

To deny, sideline or resist this reality takes us back to square one and perhaps most importantly, prevents equal opportunity strategies from clearly distinguishing between direct discrimination (deliberate and wilful misconduct) and indirect  discrimination (unconscious and guilty).

Gender is a category that helps decipher the sex-based characteristics assigned to persons: what is “expected” of people on the basis of pre-assigned stereotypes (qualities) and certain roles (functions).

We know that people’s behaviour and personality traits depend on many systemic and biological factors not directly related to gender. But gender in the sense of a cultural category does have an indisputable and decisive impact on them.

In the course of decades of feminist struggle since the 1970s, women have delved deeper into the catalogue of female stereotypes based on the power relationships of the patriarchy

In the course of decades of feminist struggle since the 1970s, women have delved deeper into the catalogue of female stereotypes based on the power relationships of the patriarchy. Particularly since the UN World Conferences in Nairobi (1985) and Beijing (1995), and under the umbrella of the concept of mainstreaming, they have won back a good many qualities that the catalogue of male stereotypes assigned only to men.

During this process of thinking about what it means to "be a woman," many women have had the opportunity to undertake a personal journey of knowledge and development that explains part of their empowerment in many realms of private and public life.

But what has happened to men? To what extent do they consciously identify with the myths of being a hunter, druid, breadwinner, good family man, knight in shining armour or Romeo? These myths, it must be said, all belong to the hegemonic masculinity in which many people were brought up and which affected their socialisation.

Perhaps these myths are behind their apparent courage, rationality, determination, self-affirmation, reliability, coarseness, ambition, competitiveness, focus on results and problem solving, or effectiveness.

Or perhaps these myths can help us understand why men use "I" more than "we" in their discourse, or tend to talk rather than listen, or tend to be more impetuous and direct in conversations, or tend to ask less and interrupt more, or become more aggressive or upset when publicly challenged or when their mistakes or vulnerability are revealed.

Perhaps these myths are also what makes them take for granted (i.e. without even realising it) that the wine lists and bills in restaurants are usually given to male rather than female diners.

Or that in groups including just one woman, that the woman simply listens while the men tend to look at each other or only interact with each other. Or that when a young female executive, accompanied by a male colleague, enters a room to meet a new client, that the client greets the man first and even assumes that he is the person in charge.

Or that people let women, rather than men, go first or offer to help them carry small or heavy things or even put their coat on. Or that they don’t see anything wrong with a man repeating a female colleague’s comment with the addition of something along the lines of “What she meant to say was….”

Or that it is not regarded as insulting to flatter women or greet them with two kisses rather than with the handshake that men usually give each other, or make assumptions about a woman’s intelligence, professional abilities, wants or interests based on her looks or clothes.

These are visible examples. But what lies underneath what we can see? Do men always think it’s ok to pay the bill? Do they never feel frightened or insecure or vulnerable or powerless? And if so, are they not exhausted by the emotional burden of having to live up to the expectations of the role of the classic “male stereotype”? Do they show their true identity? What loyalty or survival mechanism prompts them to remain silent when they see male colleagues behaving in an overtly sexist manner, or when they realise that they are taking part in a clearly male-oriented forum?

According to the Nigerian writer Chimamanda Ngozi Adichie, stereotypes limit our thinking, repress our humanity, and make the ego (particularly in men) extremely fragile, triggering hyperbolic chain reactions in the ego.

Stereotypes limit our thinking, repress our humanity, and make the ego (particularly in men) extremely fragile

Her observation tallies with studies carried out, mainly since the 1990s, about the impact of gender stereotypes on children and men and also the change in strategy that has been promoted for years by the main international bodies responsible for encouraging equality policies, with a view to shifting from the WID (Women in Development) mindset to the GAD (Gender and Development) mindset.

One of these many studies is the working paper Men and masculinities (2013) in which the International Labour Organisation suggested transforming the classic male vs female binary division into a far richer mosaic with obvious advantages for both men and women.

In terms of organisation, they must revise the processes in order to ensure that they do not provide indirect leverage for reproducing the power dynamics inherent in hegemonic masculinity (Collinson and Hearn), whilst in terms of people, they must cast off any male vs female confrontation (except when presenting statistics), and situate the promotion of appreciative and emotional intelligence at the heart of professional advancement policies.