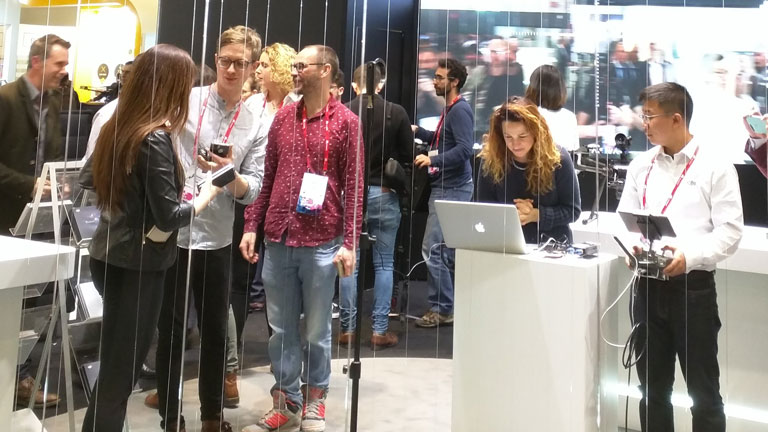 Barcelona, at the forefront of the second wave of digital transformation

June 2007 saw the market launch of the iPhone, the first mass market telephone which, with a focus on convenience and user-friendliness, integrated the world of mobile phones and the internet.

This date marked the beginning of the democratisation of the smartphone and the first great wave of digitisation. It is no coincidence that today's most digitised sectors are those whose value chains culminate in a consumer equipped with a smartphone.

Since 2007, industries such as the audiovisual sector, the communication media, retail and urban mobility have experienced serious disruptions in their value propositions and value chains.

Companies like Netflix, Facebook, Google, Amazon and Tencent (Alibaba, Supercell), among many others, have accelerated their growth under the protection of these mobile consumers.

The economies where these companies originated – the US and China – are leading the development of artificial intelligence. Ultimately, over and above a firm commitment to this technology on the part of their respective governments and ecosystems, they are the owners of the raw material on which the learning algorithms feed: data.

It is thanks to the processing of images, texts, geolocations and voice recordings of users all over the world that they have dominated this first wave of digitisation.

But what is going to be the big new movement in the current digital revolution? And more importantly still, what role can we play in it?

The big technology events tend to offer a clear idea of where the sector is heading. The Barcelona Mobile World Congress (MWC) is a key event in this respect.

If this congress was initially dominated by telephone operators, infrastructure suppliers and device manufacturers, after the appearance of the smartphone, the event saw the emergence of mobile application developers and, shortly afterwards, service providers. For example, the participation of the founders of Facebook (2016) and Netflix (2017) at MWC attracted considerable attention.

In recent years, these players have been joined by companies that provide digital solutions applied to fields as diverse as smart manufacture, digitised logistics and driverless cars.

The presence of these new players indicates the dawn of a new wave of digital disruption: intensive digitisation of production processes.

Barcelona is committed to promoting the technologies that are presented every year at MWC and to integrating them into our economy and society. In this respect, Barcelona is guided by a sense of vocation, but also by a call of duty following the city's designation as Mobile World Capital by the GSMA, the company that organises the congress.

This capital status is palpable in the Mobile World Capital Barcelona Foundation (MWCapital). At present, MWCapital's initiatives to drive this second wave of digitisation are built on four cornerstones.

In the technological arena, we are working to transform Barcelona into a hub for the validation and adoption of 5G technologies in a real-life environment. 5G is the new generation of wireless technology that will open the door to services such as the connected car, real-time communication with holograms and the massive connection of devices in production plants. All of this will help to attract foreign investment and generate an ecosystem around 5G technology.

We are devoting our efforts in innovation to tackling the challenge of technology transfer. We are committed to the value of frontier research developed by scientists, helping them to create start-ups hand in hand with experienced entrepreneurs. The majority of these start-ups have the effect of speeding up the processes of innovation in the industrial fabric of our economy.

The third cornerstone is the social impact of technology. Barcelona aspires to exert an influence on international agendas regarding issues such as the future of work, governance, and data privacy and ownership.

Finally, there is digital talent – clearly the most valuable asset for companies, although it does not appear on their balance sheets.

In the very near future, the competitiveness of advanced economies will depend on their capacity to generate and attract this talent. Long-established industries in our country are facing the challenge of managing employees whose present functions are moving towards automation, while on the other hand they need to cover posts that require thought patterns and digital skills.

This is why at MWCapital we are working to promote the digital reskilling of local talent and to attract technology professionals from all over the world.

Almost a decade has passed since Barcelona was selected as Mobile World Capital. Since then, the city has developed a robust digital ecosystem. It has gone from not appearing in the rankings to becoming the main technology hub in southern Europe and breaking into the world's Top 20. We are very proud of the active contribution we have made towards generating such an important legacy in the city.

Now we have a new opportunity to take a big step forward. Here in Barcelona, we can lead the second digital wave.

We have experience, we have made a commitment to the development of enabling technologies such as 5G, and now is the time to promote the application of advanced technology in new settings, such as production processes. And if we do so, we will succeed in activating a new data generation engine that will grow our economy and make an impact on key sectors, such as the pharmaceutical sector, banking and advanced manufacturing.